HI National Forum on Teaching and Research in Drug Supply Reduction (I FND) took place this Tuesday and Wednesday (6th and 7th), in online format, with the participation of public managers, public security professionals and researchers on the subject. One of the main sessions brought together experts for a debate on the Early Warning System on Drugs (SAR) in Brazil.

The event was promoted by the National Secretariat for Drug Policies of the Ministry of Justice and Public Security (SENAD/MJSP) and by the Center of Excellence for Reducing the Supply of Illicit Drugs (CdE), a pilot project resulting from the partnership between SENAD, the United Nations Development Program (UNDP) and the United Nations Office on Drugs and Crime (UNODC).

The meeting allowed the presentation of programs that will make up the project for an early warning system on drugs in Brazil, which should be implemented in Brazil soon, and which will provide the rapid identification of new psychoactive substances, monitoring the expansion of trafficking and the use of these new drugs , in addition to communication between countries and between police and health authorities on the existence, spread and risks of newly detected substances.

SENAD/MJSP's Director of Public Policies and Institutional Articulation, Gustavo Camilo Baptista, explains that the drug phenomenon has many mutations, from the chemical development of narcotics to the world market flows. Thus, new psychoactive substances are created all the time with the aim of circumventing the legislation. “Despite the challenges, we have been working to train professionals to recognize these new substances, in addition to investing in research to better target drug policies,” said Baptista.

The technical session on SAR at the I FND was attended by representatives of the MJSP, Ministry of Citizenship, UNODC Vienna (Austria), Federal Police, National Health Surveillance Agency (Anvisa), University of Campinas and University of São Paulo.

In addition, during the first session of the Forum, entitled “Teaching on Drug Supply Reduction”, the Brazilian Network on Research on Drug Supply Reduction was launched. The Network enables the exchange of knowledge and data on the impacts caused by drugs in Brazil, and contributes to the construction of strategic policies to reduce the supply of drugs, through a wide network capable of promoting the exchange of knowledge, forensic techniques and scientific evidence.

Together with other bodies linked to drug supply reduction, SENAD maintains a series of strategic projects that, in recent years, have fostered progress in the production of knowledge in the area. Such projects, such as the CoE, Minerva, Dispater, Mercury and Chiron were exposed during the first session of the I FND. 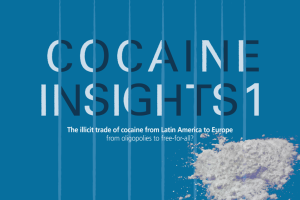 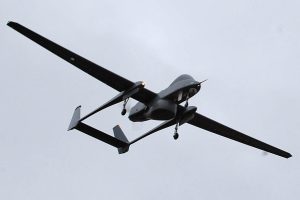