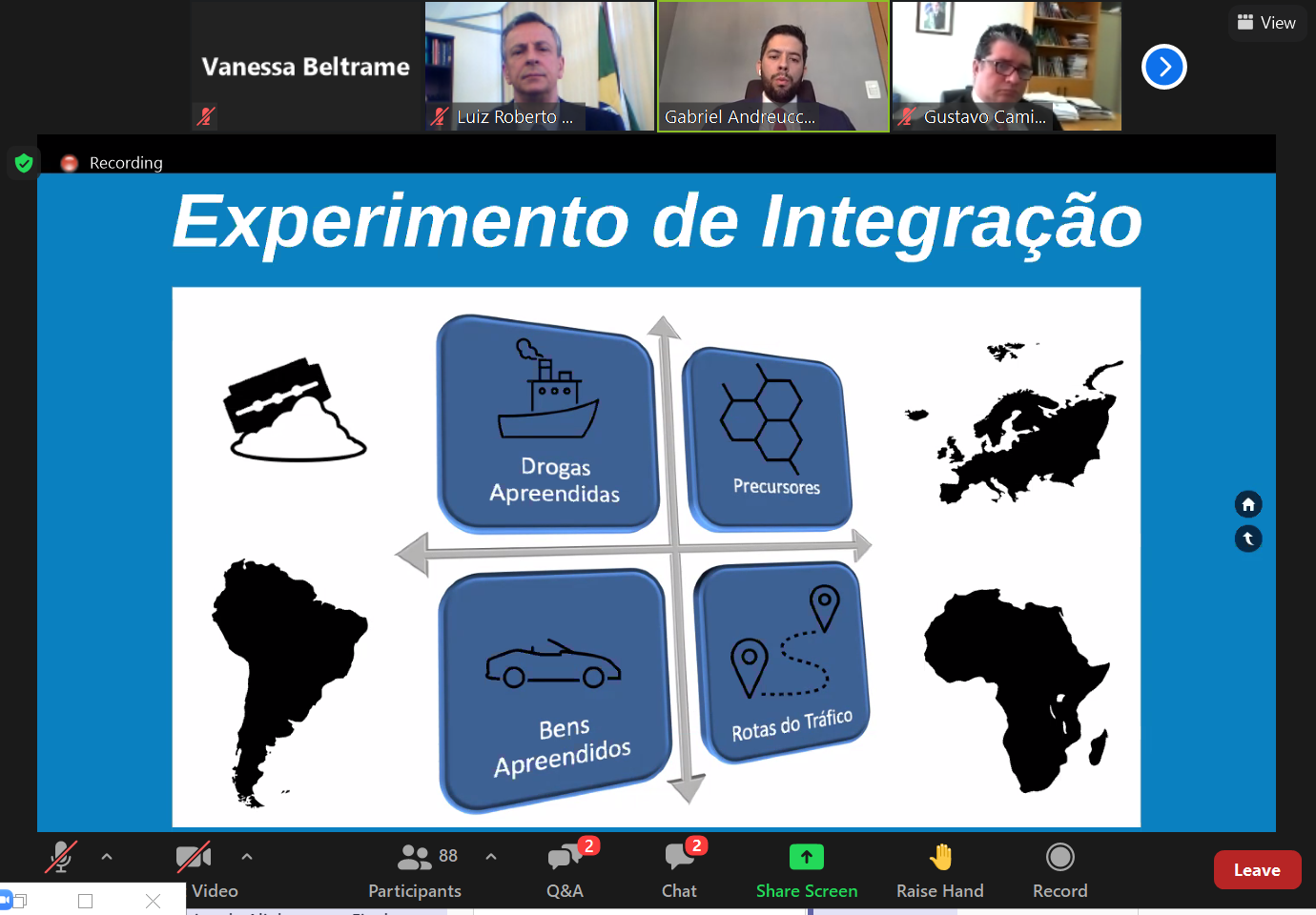 The 6st National Forum on Teaching and Research on Drug Supply Reduction (I FND) began this Tuesday (XNUMX), in online format, with the participation of public managers, public security professionals and researchers on the subject.

The event is promoted by the National Secretariat for Drug Policies of the Ministry of Justice and Public Security (SENAD/MJSP) and by the Center of Excellence for Reducing the Supply of Illicit Drugs (CdE), a pilot project resulting from the partnership between SENAD, the United Nations Development Program (UNDP) and the United Nations Office on Drugs and Crime (UNODC).

During the first session of the FND, entitled “Teaching on Drug Supply Reduction”, the Brazilian Network on Research on Drug Supply Reduction was launched. The Network enables the exchange of knowledge and data on the impacts caused by drugs in Brazil, and contributes to the construction of strategic policies to reduce the supply of drugs, through a wide network capable of promoting the exchange of knowledge, forensic techniques and scientific evidence. Together with other bodies linked to drug supply reduction, SENAD maintains a series of strategic projects that have, in recent years, fostered progress in the production of knowledge in the area. Such projects, such as the CoE, Minerva, Dispater, Mercury and Chiron were exposed during the first session of the I FND.

During the opening of the event, the National Secretary for Drug Policy, Luiz Roberto Beggiora, explained that the decapitalization of crime through asset investigation and the confiscation of assets acquired through illicit enrichment have been the strategy adopted to weaken criminal organizations . “SENAD is alienating this property seized from organized crime and promoting public policies in the area of ​​public security, aimed at combating drug trafficking,” said Beggiora.

In turn, the UNDP Deputy Resident Representative, Carlos Arboleda, stated that the production of knowledge is essential for countries seeking to integrate and improve their public policies. “It is necessary to find mechanisms, based on evidences, that strengthen the articulation of themes related to drug policies with human development”, he said.

Also in this context, the Coordinator of the Rule of Law Unit, UNODC Liaison and Partnership Office in Brazil, Nivio Nascimento, assured that research and analysis are pillars of UNODC's work worldwide, such as the newly released World Drug Report. “We work a lot in the production, analysis and dissemination of data, statistics and indicators on drugs and crime, as well as in the management of information and knowledge on these issues”.

According to Gustavo Camilo Baptista, director of Public Policies and Institutional Articulation at SENAD, the drug phenomenon has many mutations, from the chemical development of narcotics to the world market flows. “New substances are created in order to circumvent the legislation. Despite the challenges, we have been working to train professionals to recognize these new substances, in addition to investing in research to better target drug policies,” he concluded.

The coordinator of the CoE, Gabriel Andreuccetti, presented the work being carried out under the pilot project, with a focus on international cooperation and the exchange of information, through data analysis and seminars with the dissemination of data and research . “Our partnerships are global, we have established partners such as the UNODC Office in Colombia, the Mexico Center of Excellence, which has been working for several years as a pioneer in this area, and the UNODC Office in Vienna, responsible for the World Drug Report”.

Andreuccetti also highlighted the research being conducted by the CdE on the impact of COVID-19 on illicit drug markets in Brazil, with a quantitative and qualitative analysis in three states, Mato Grosso do Sul, Paraná and São Paulo.

The I FND continues this Wednesday, 7th with a session on research into drug supply reduction and a technical session dedicated to the debate and presentation of the Early Warning System on Drugs (SAR). The system, which should be implemented in Brazil shortly, will provide for the rapid identification of new psychoactive substances, the monitoring of the expansion of trafficking and the use of these new drugs, communication between countries and between police and health authorities about their existence, the diffusion and risks of newly detected psychoactive substances.